Robo Instructus: Behind The Scenes

On Monday 24th June the Robo Instructus beta phase came to an end, making way for a full release on 16th July. The release will mark 2 years of full-time development by a team of 1 (me). So who am I and why did I make Robo Instructus?

I’m Alex Butler and I’ve loved programming since I started doing it in my 20s. Back when I first started, the aim was to get a better job and a nicer life. But I also promised myself that one day, when I knew my const from my static, I’d use these new powers to make my very own PC game.

I worked in enterprise programming in London, think web-server-database techs, for 7 years before I finally decided it was time to make good on the promise. I quit my job, gathered my savings and started making a game. While I was now a decent coder, my skills had come at a price. My time in industry had warped & corrupted my mind to such an extent that instead of making a cool game about shooting lasers I made it actually about bloody programming.

You can still see the first footage of it in action: Teaching Robots July 2017. In the two years that the game has taken form, I learnt to program Rust & make OpenGL go. My wife and I got a little dog that now sits next to, or curls up under, me as I work. I’ve eaten countless bowls of rice and broken at least one coffee machine through plentiful use. 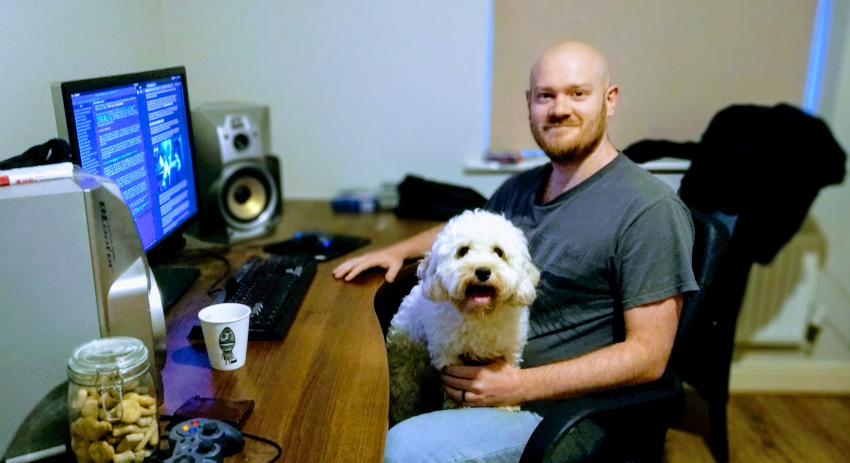 Though I’ve mainly worked as a solo developer, I’ve had some help on the way. Particularly Tom van de Merbel, who I contracted to handle the game’s art. He’s responsible for everything in the game that looks nice! Not forgetting Richard Thomson’s beautiful music and my story co-writers Iain Ure & Gordon Walsh.

Robo Instructus has come a long way since March when the beta phase began, and an even longer way from my early game ideas. It is now the game I was going for, an approachable yet challenging algorithm coding game set in an interesting sci-fi universe. It looks, sounds & runs the part thanks to 2 years of work. 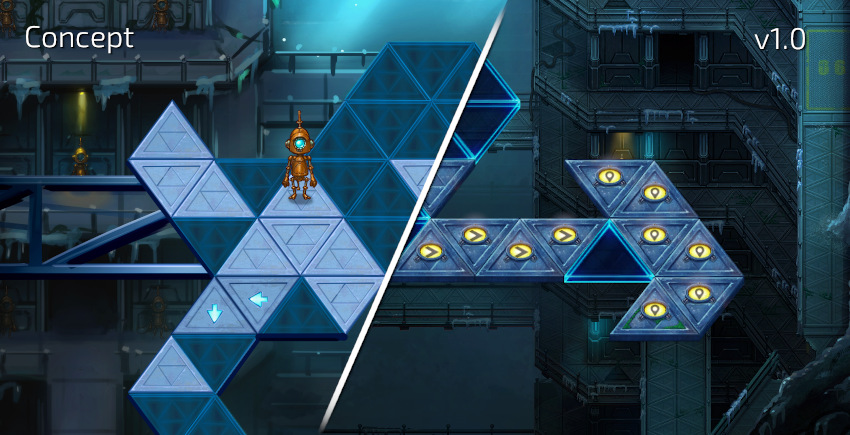 One thing that didn’t change, however, was the core gameplay. Typing in an actual programming language and watching it run, fail, get stuck in a loop and just maybe after improving & fixing: successfully traversing the level. A process designed to capture & concentrate the most satisfying parts of the real software engineering experience. Robo Instructus will offer an experience that is truly rare in PC gaming.

But rare probably for a reason. No matter the polish & narrative, this just won’t be a game that everyone will want to play. Well I guess that’s true of every game, but particularly so here. The truth is I’m not sure if the number of people that do enjoy the game will be enough. The only way I can continue to make games full time is if Robo Instructus sells. I’ve put 2 years of my egg-savings into a single basket.

Success for Robo Instructus is not guaranteed, the biggest obstacle is the game just being lost underneath the pile of all the other PC games out there. Finding an audience is harder than ever thanks to the amazing quantity of great games that exist now. So if you, yes you at home, want to help please wishlist the game on Steam, share social media posts & reviews, tell people you know about Robo Instructus.

I do believe the game can do well and find its audience. I am proud of what I’ve created. After release when the smoke clears I’ll be able to say “I made a game” and kept a promise.

Robo Instructus will be released on July 16th 2019 on Steam & itch.io.