Beta-3 All Levels Are In

Releasing today is the last major beta version beta-3 including the 4th and final act of the game. This act shifts to concurrent coding challenges with new art & music and it will conclude the game’s story. Release notes. 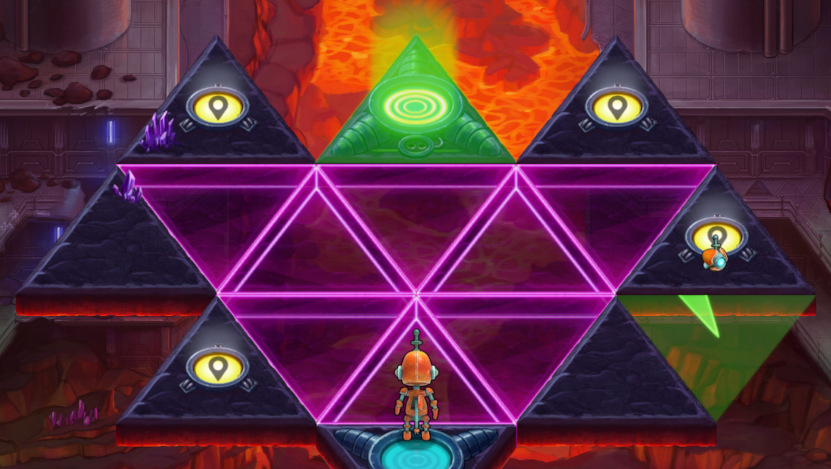 I won’t be giving too much more away about the final part of the game. But it’s a meaty reward for making it through the very tough challenge of the 1st 3 acts. I hope some people will be able to get there! Particularly as Tom has done an amazing job with the new tile-set, backgrounds & animations that are unique to this last chapter.

This update also brings two new achievements to give us 10 in total. You’ll get an achievement for completing the story & for the final optional challenge level Robo Pinball.

This will be last major beta version as now the game has all the levels. The main focus now will be preparing for the release. I’ll be switching to working on a new game trailer for the release. However, beta testers still have 3 weeks with access to the entire game. Hopefully we can uncover any last nasty bugs before release.