Moving On From Alpha-1

With the year coming to a close I’ve decided to finish developing features and polish for Robo Instructus alpha-1. There is still much to improve, but I think the alpha has reached a point where I want to concentrate on the next stage. That means instead of continuing to improve the first slice of the game I’m going to move on to finishing it! 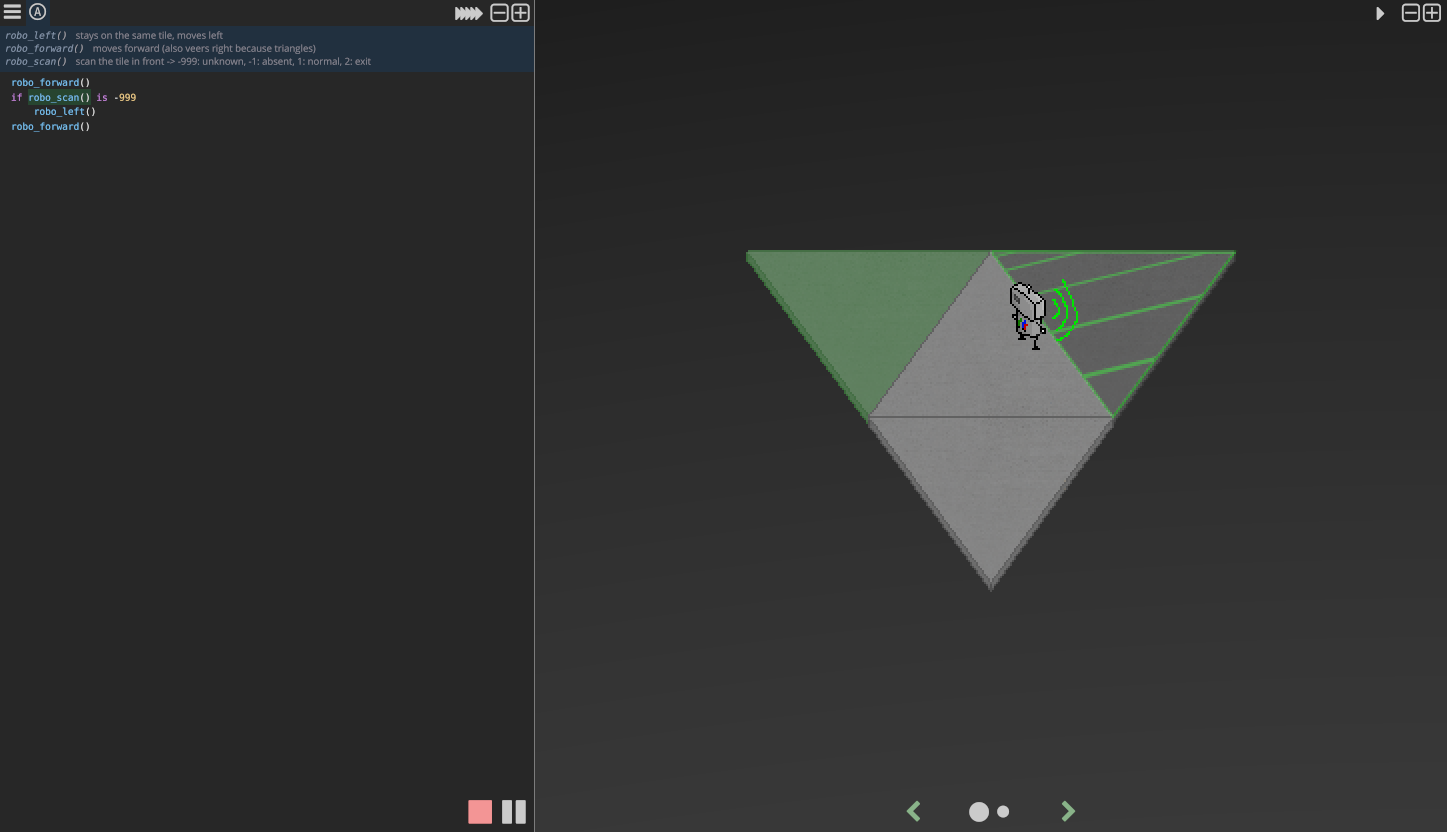 It’s true that alpha-1.x is not perfect. There are still many rough edges and the central reward feedback loop isn’t quite there yet. It also hasn’t even got sound yet. So there is plenty of things to add and improve, I have many new features & testing feedback that I’ll be parking for a bit. So why change direction? It comes down to a couple of things, what was alpha-1 for? & how do I stay motivated?

What was alpha-1 all about?

I released the first alpha to a small group of testers in October. I’d worked hard to produce a minimally playable proof-of-concept. I wanted an answer to if the game actually fun, would it really work? I also wanted to see how stable my first game would be, how rude my awakening would be on releasing this project to other people’s terrible computers.

The good news is that this has been a success. While bugs have been encountered so far the game has been a pretty stable reflection of my intent. That’s really great, as I’m using a fairly young language (rust). More importantly, I’m convinced the idea of the game works and will be a very fun and unique challenge for some.

One downside of polish work is it can be a little dull for me. That may not sound important, but staying motivated is the most important thing for a solo dev. I’ve had to shove my plans for the game to one side while I try to improve the first slice. Moving on to finishing the game is about refreshing my view of the project and revitalising my efforts to complete it.

The objective of alpha-2 is to finish the rest of the game’s puzzles and plan the plot. I’ll then move onto polishing the final experience, marketing and finally releasing the game.

Looking back at the alpha-1 release the most challenging doubt is will enough people actually be able to enjoy it?. The game has turned out to be quite difficult for most testers, but difficulty itself may not be the real issue. With a hard game must come an appropriate sense of reward.

While the natural challenge does provide a big reward (particularly once you get into the proper robo_detect_adjacent() puzzle), this area remains my greatest worry. However, overall the alpha has given me the confidence that the game will be fun (at least for a bunch of people) and I have the goods to make it a reality.

All this means the pace of releases is going to slow a little. Today I’ll release alpha-1.8 to the alpha testers. It mainly brings the extra tile effects for robo_detect_adjacent() & robo_current/forward_location(), in addition to the robo_scan() tile effects added in the previous release.

I may release fixes and tweaks, but I won’t be releasing any new features until alpha-2 starts looking healthy and is ready to be tested for real. Onwards to alpha-2!