As touched on in previous posts my current focus is story and tutorial elements that unlock as you play Robo Instructus. It’s about framing the building complexity in a rewarding way and also interweaving the vital info with the flavour of the setting. 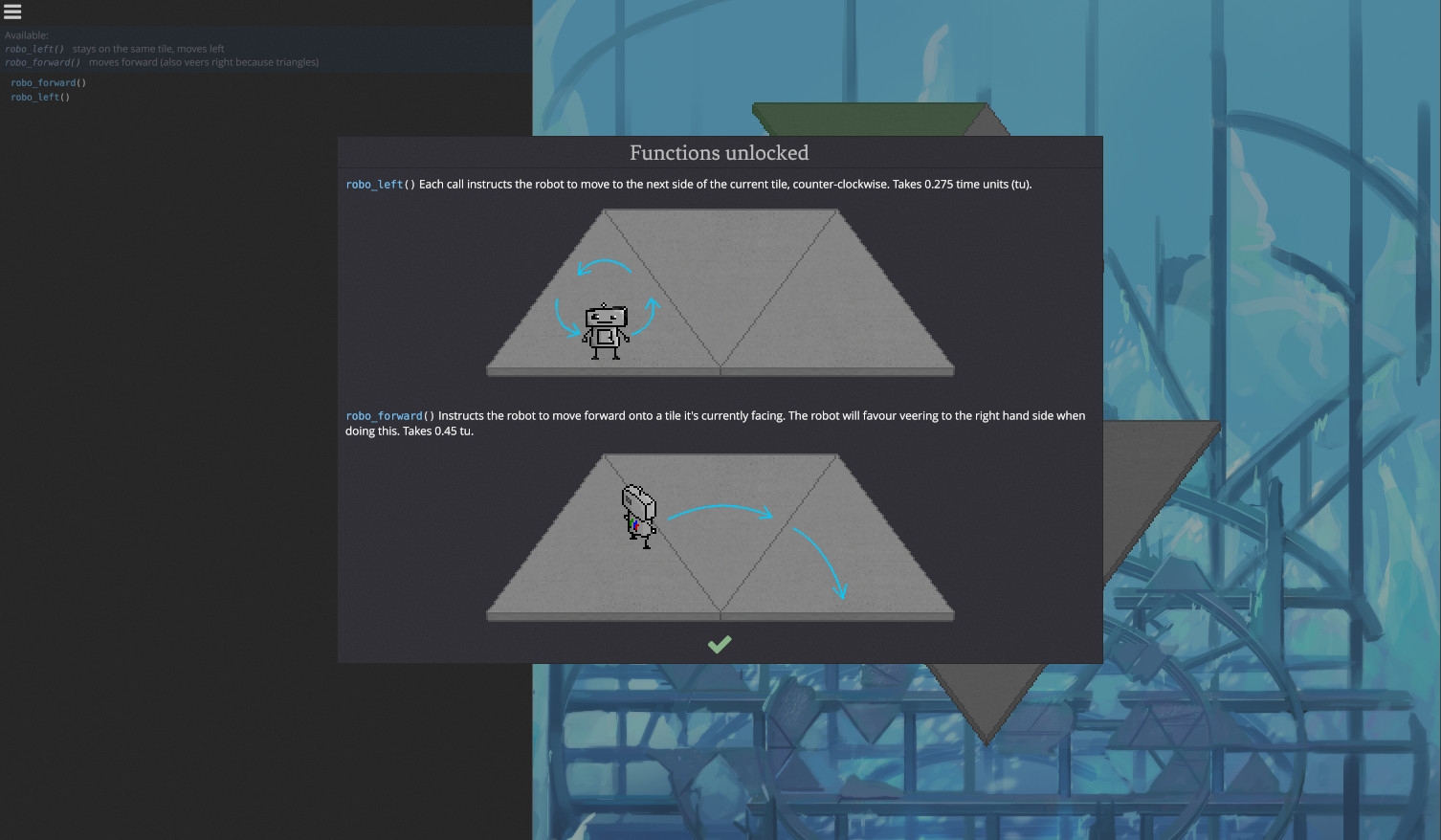 The narrative has two distinct sources. As you play you’ll discover messages recovered from the remaining system on the mysterious scaffold and beneath. You’ll also be in communication with the company employing the player. The former is the bulkier part, and is what I’ve been working on recently.

As players puzzle through the levels they will uncover old messages, unlock new tools & find more parts of the “primer”. The primer is a document describing the coding language in game, it serves as an in-universe tutorial drip feeding more and more info about the language.

As you recover the data it’ll build up in a code reference and a message archive, so that you can always review what you’ve learned. When selected these open up on the right hand side, allowing players to code at the same time.

The message archive is new, as I’ve only recently started writing the message content. Even so, and despite the current lack of planned “overlay” tutorial messages, the levels are starting to feel much more complete thanks to the unlocks.

You can see me skip through the remaining todo tutorial screens that will be entirely removed once the overlays are developed.

It’s heartening to see this small but vital part of the game come into shape, as it’s taken a couple of run ups to get a working version of the unlocks that felt right to me. There is still much to do and polish here, but I think the core works.

So this means I have the game’s system pretty much ready to go for the bulk of the game’s story. I just need to write the rest of that story now.